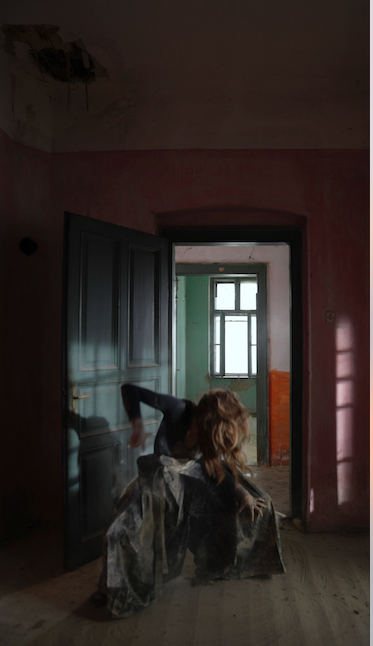 A performative video and photography installation.

Bridging Grey is a performance piece by Annina Roescheisen presented as a site-specific video and photography installation. Choreographed and executed by the artist herself over the course of over two years from 2017 to 2019, the performance is presented as an eight-channel video installation, with each screen continuously looping a distinct one-minute segment of the performance. The Bridging Grey series is composed of the eight-part video work as well as a selection of stills from the video piece including nine chromogenic prints (Editions of 10 + 2 AP) in addition to four larger-formats mounted on Dibond (Editions of 7 + 2 AP).

Shown for the first and only time in September 2019 at Ki Smith Gallery, New York, Bridging Grey will make its European debut as a photographic series at the Photo London Art Fair, September 9—12, 2021 (presented by Boogie Wall Gallery, London).

“We often understand the rainbow as a harmony, composed of complementary colors, each retaining its individual unity. Rarely do we conceive of the duality within each color. In my work, I question the stability of these components – while the form of color remains the same, our perception of it is dynamic, and so is its effect on our emotions. Is white always good, is it always bad? What if this changes, as the consequence, and the cause, of us changing?”

Throughout her practice, Annina Roescheisen has continuously studied the perception, impact and symbolism of color in its ability to evoke human emotions.

The making of Bridging Grey begins with Roescheisen’s readings of Ludwig Wittgenstein, Arthur Schopenhauer, and Johannes Wolfgang von Goethe. In the mid-eigtheenth and nineteenth centuries, these philosophers began to investigate the aesthetics of color. Most influential in her work was Goethe’s Theory of Colors (1810) in which he argues that our experience of color is subjective and, above all, emotional: “As color, in its infinite variety, exhibits itself on the surface of living beings, it becomes an important part of the outward indications, by means of which we can discover what passes underneath.” That each person sees color differently is a given. But Goethe grants the role of interpreter and explorer to anyone who witnesses color, making us hyperactive agents in the architecture of our feelings.

Bridging Grey moves theory into practice as Roescheisen takes the aesthetics of color and, quite literally, embodies it. The installation consists of seven screens, each continuously and simultaneously looping a one-minute video, one for each color of the rainbow: red, orange, yellow, green, light blue, indigo, and violet. An eighth screen, dedicated to the color grey, is placed at the center, its duration being the sum of all other videos, hereby playing consecutively in concert with each of the seven colors as the viewer traverses the work. The product of over two years’ preparation, including physical training with reputed movement instructor Moni Yakim, each piece is choreographed and executed by the artist herself. Poetically embracing a room gently washed in the corresponding hue, Roescheisen stages her own perceptions and emotions of each color.

One of the central elements of the performances is the idea that each color represents a duality. In the presence of light blue, the viewer falls into an exhausted dream walk or, alternatively, considers the uplifting vastness of the sky. Red brings him to the gripping embrace of intimacy as much as it reminds of rage. Roescheisen performs two vividly opposing yet profoundly complementary interpretations of each color, appearing as a double on the screen. Revisiting recurring tropes in the interpretation of color, she expresses the complexity of each tint, exploring its myriads meanings.

This dichotomy of thought is most contested in Roescheisen’s grey performance, which gives its name to the piece. Goethe believed grey to be a muddled non-color – we use the expression “grey area” when something is unclear to

Ultimately, Roescheisen’s work evokes a flood of self-reflection, inviting her viewer to move away from black-and-white thinking and seek a new unity as it manifests not only in art, but in all earthly things. 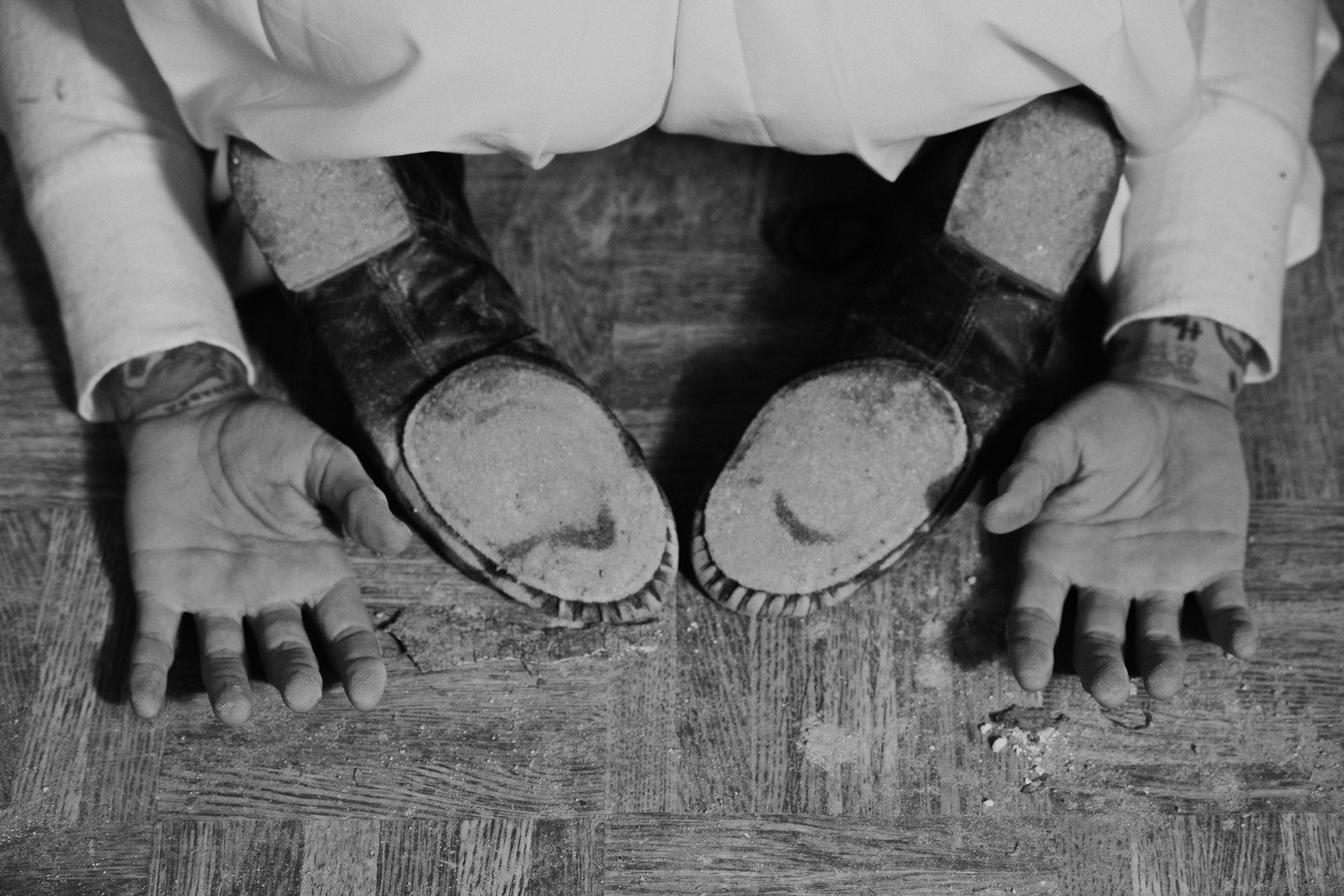 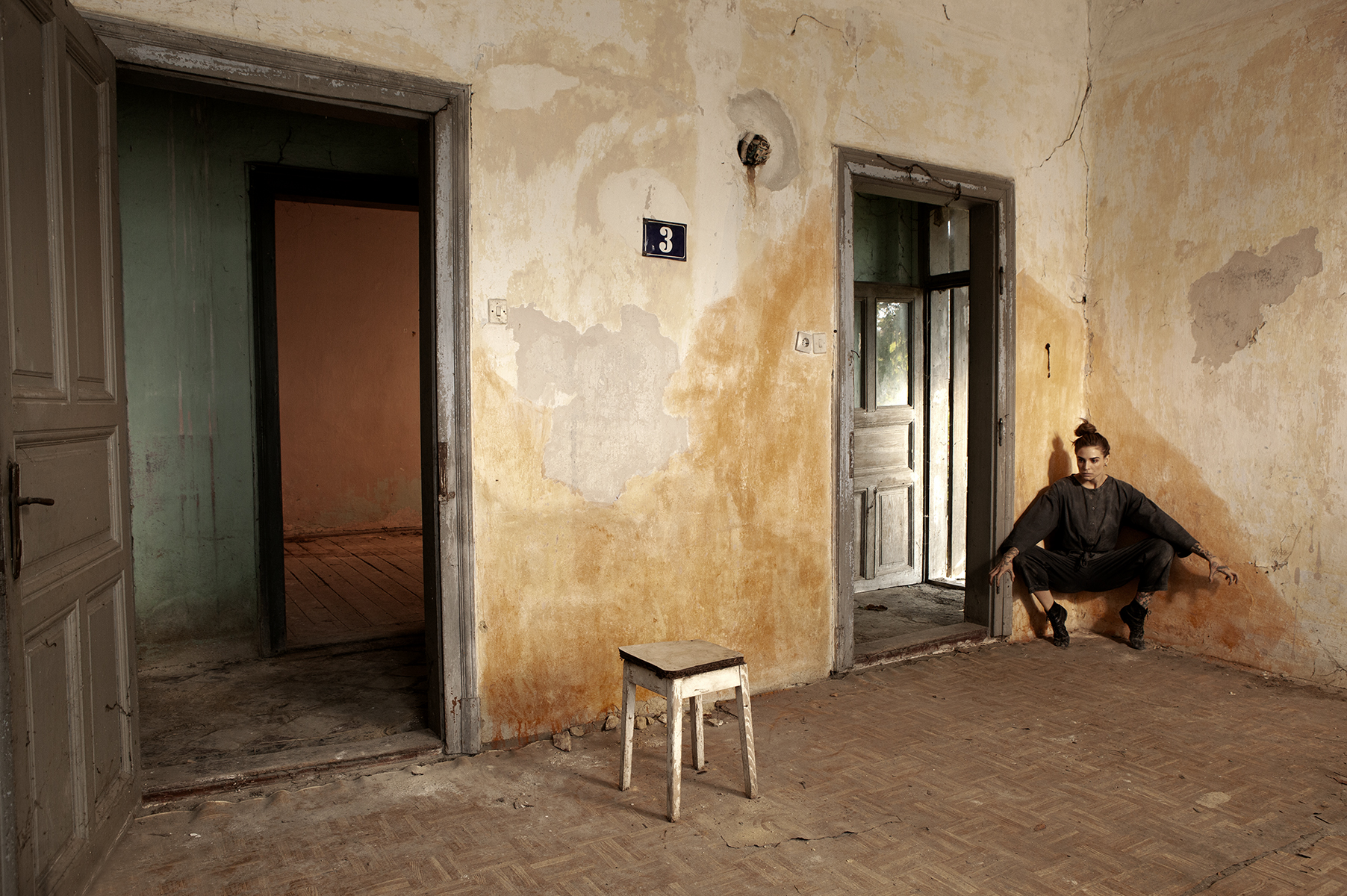 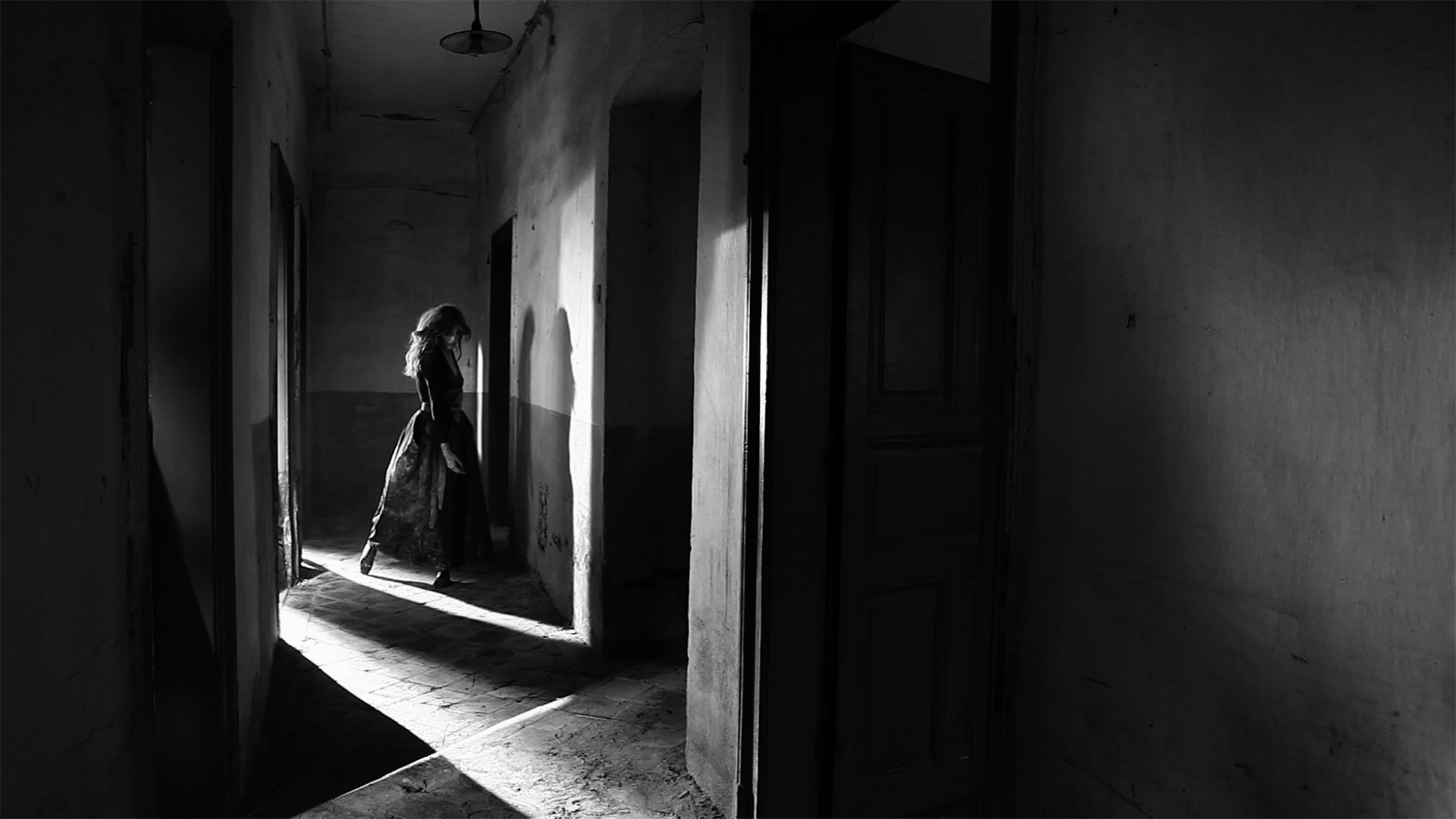 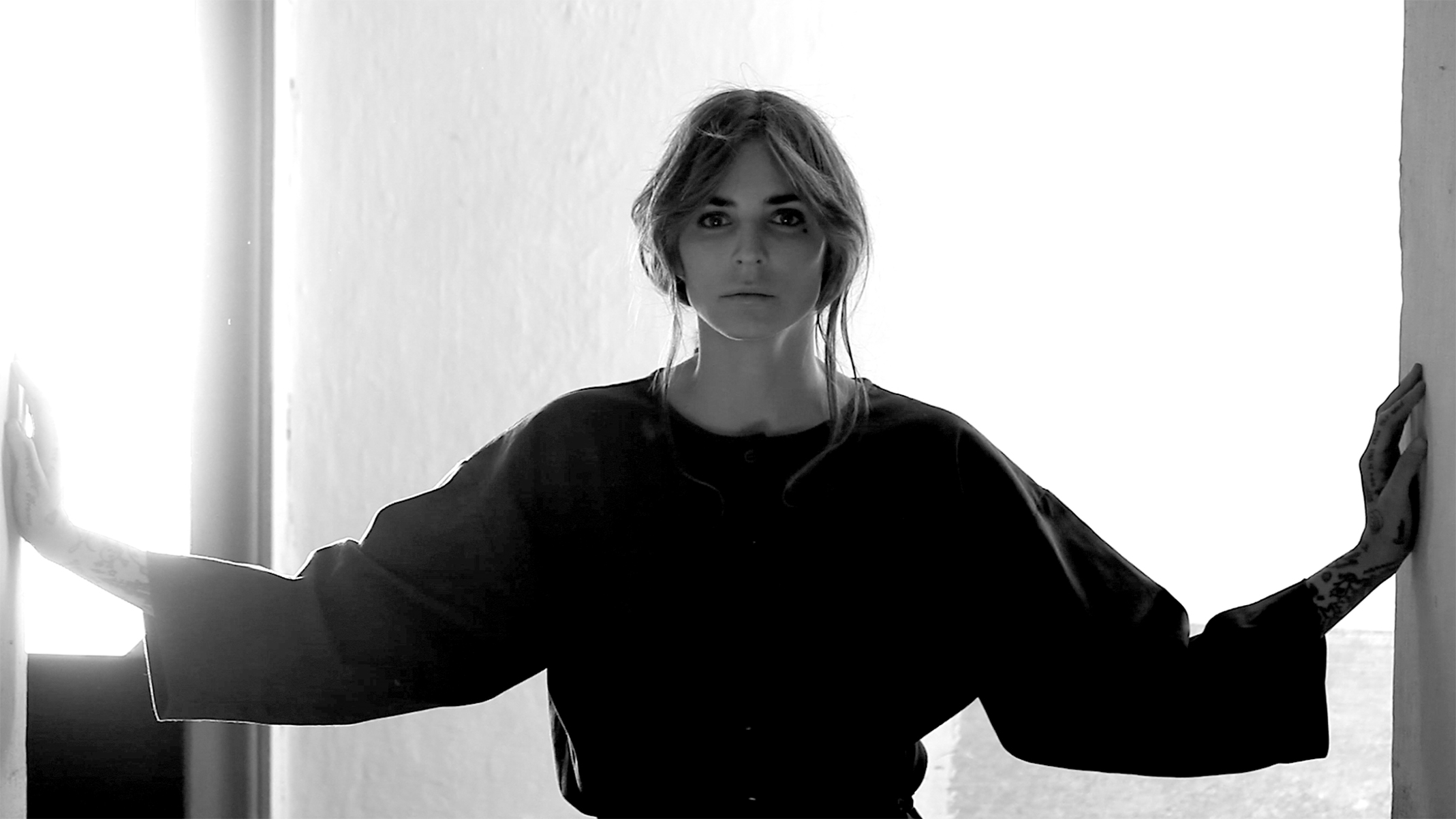 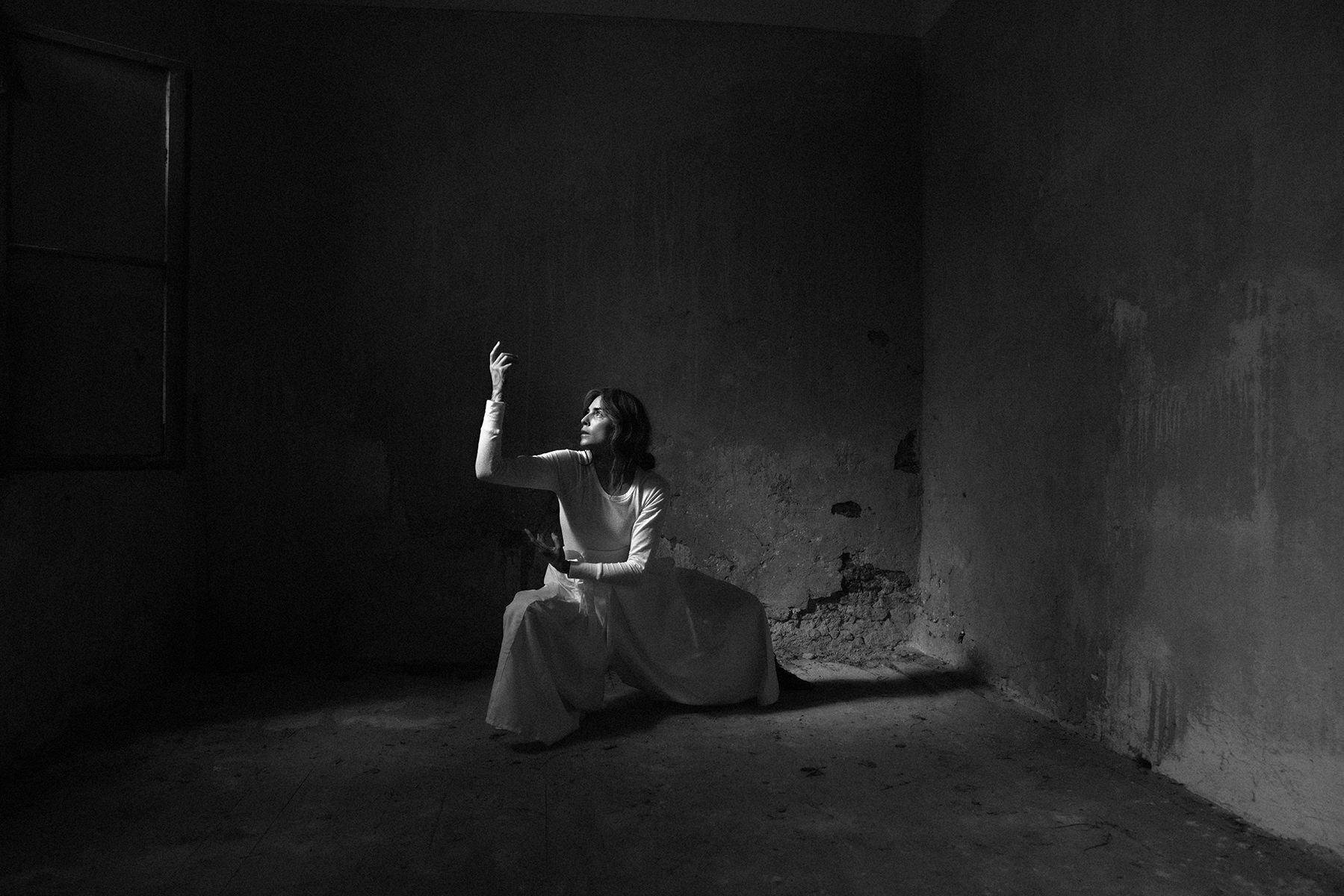