GET In CONTACT IF YOU WISH TO SEE FURTHER VISUALS

Is the visible world an illusion?

“Why does the eye see a thing more clearly in dreams than the imagination when awake?” (Leonardo da Vinci)

In her latest series of untitled drawings, Roescheisen reflects on questions of illusion and the visible/invisible world related to our emotional state. These topics are indirectly related to Roescheisen’s earlier artwork: moving the spectators emotionally through visual metaphors into a subtle dialogue with themselves. She explores the dichotomy between dream and reality, the tension between life and death and the invisible worlds that lay beyond our visual capacity; worlds based on the interpretation of the theories of quantum physics and the spiritual.

The artist conceived this series with her eyes closed in order to approach this invisible world, its connected emotions and thereby draw the attention away from what our visual eye would see. Her investigative focus is on our emotions in a state of “letting go of control” and delivering ourselves to the dark, to the unseen, to the inexplicable.

Before each drawing or stroke, the artist brings herself into a meditative state in order to disconnect from the influence of rationality and the mind. The paper is examined with her hands and often the first fissures of emotion express themselves in the delicately lacerated paper boarders.

Once the black, more prominent strokes are established on the paper, the artist opens her eyes to finish the drawing details, and to re-connect the drawing in the visible world. This process inverts the traditional painting/ drawing process: where the hand normally follows the eye, Roescheisen reverses this process and lets the hand lead with closed eyes.

The Black lines demonstrate an established inner trust in the artist’s hand, as well as moments of hesitation and fragility, when the brush stroke thins. The strokes turn into abstraction and architectural forms and unite in a kaleidoscope of colors and ashes. The background layer, on the other hand, reflects the first shadows of the animal-like creatures, which become more visible and almost perfectly sharp in the last layer.

The result reflects a direct fragment of an unfiltered emotional state, which appears as an almost phantasmagorical world of animals. These visuals allude to the nearly fragmental images from the Bestiaries’ of Medieval Arts which Roescheisen studied during her Master in History of Art. Roescheisen’s contemporary language bridges a whimsical, iconographic animal world with a fairytale-like one, a theme often present in her artistic work palette.

It manifests itself in the drawings through lines that cross over the designated borders, as if this bridge of communication would go beyond the paper’s designated boundaries: the forms and strokes become softer and vanish into ashes and blur. The artist sees drawings as a direct, unencumbered means of sharing emotions, in the most uncensored way. Roescheisen is letting us be witness to an experimental visual process through relinquishing control in our minds. 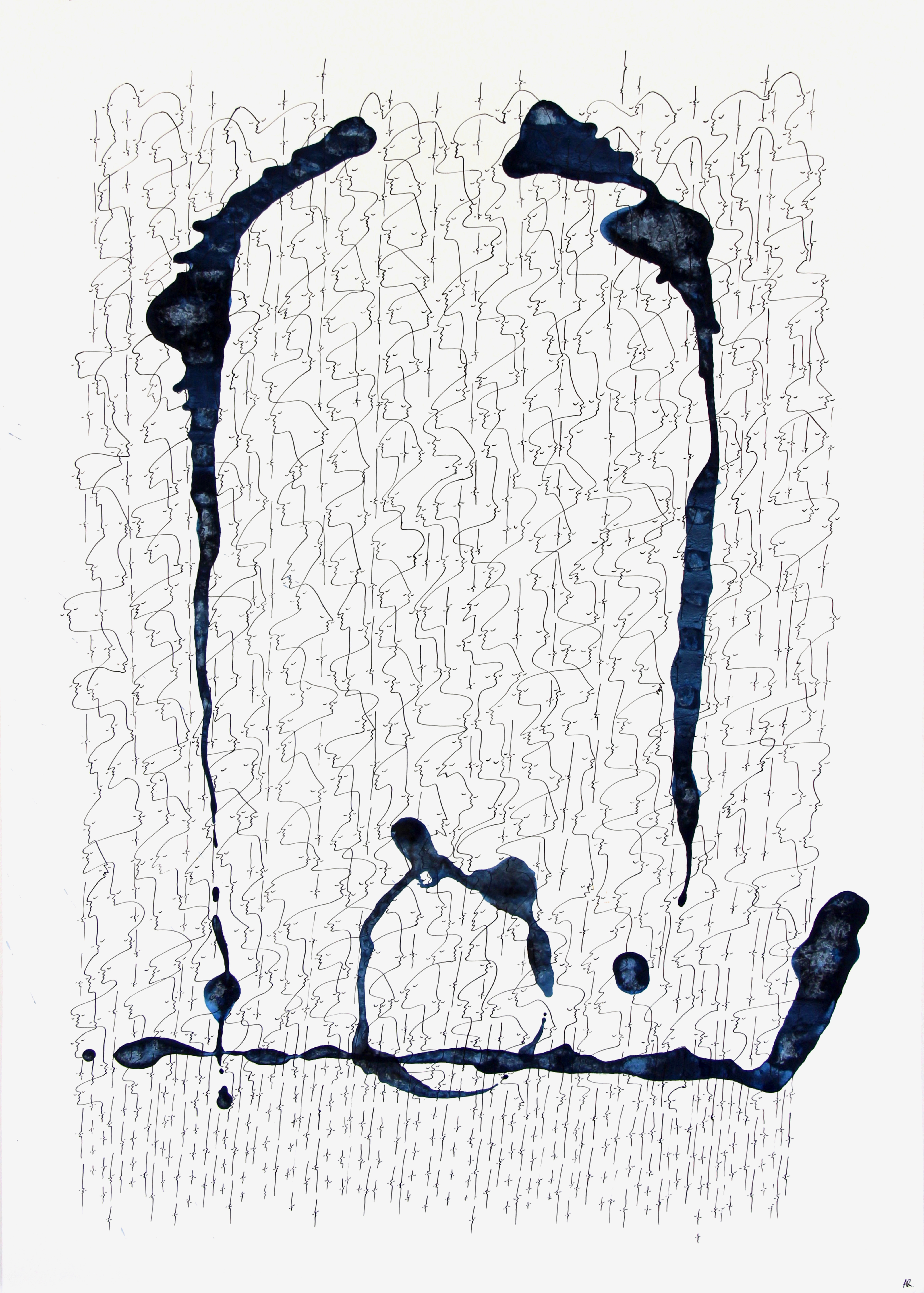 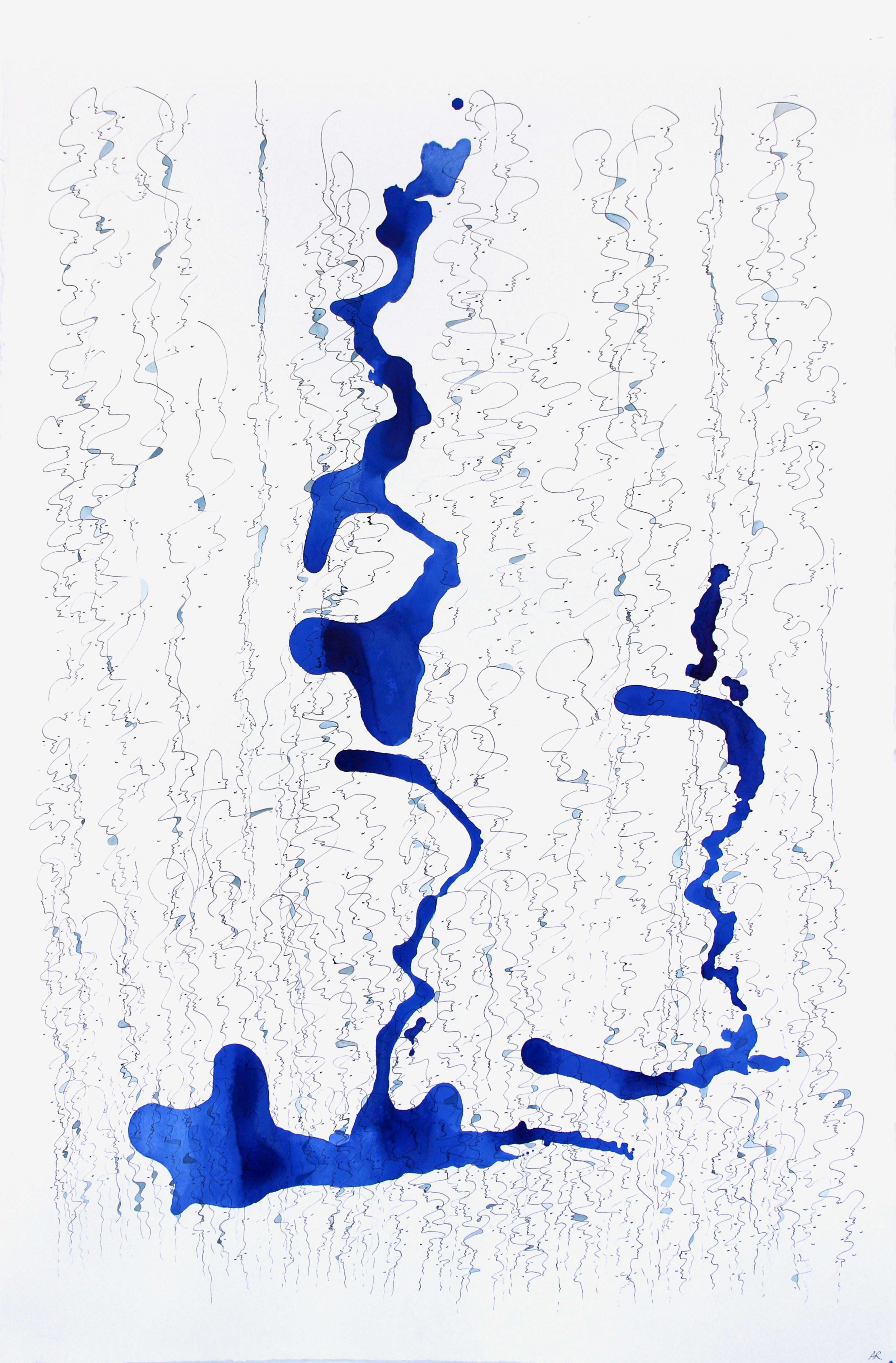 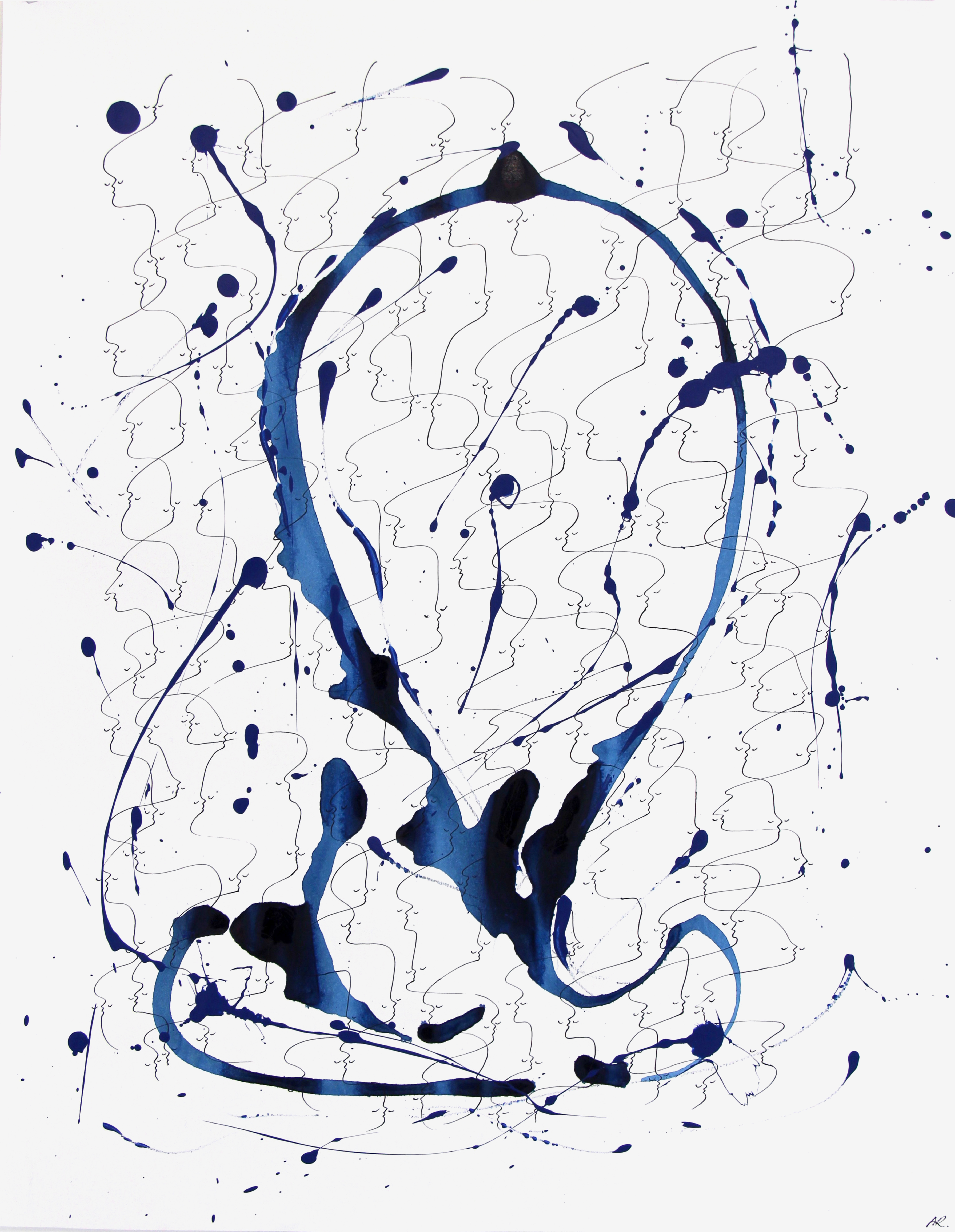 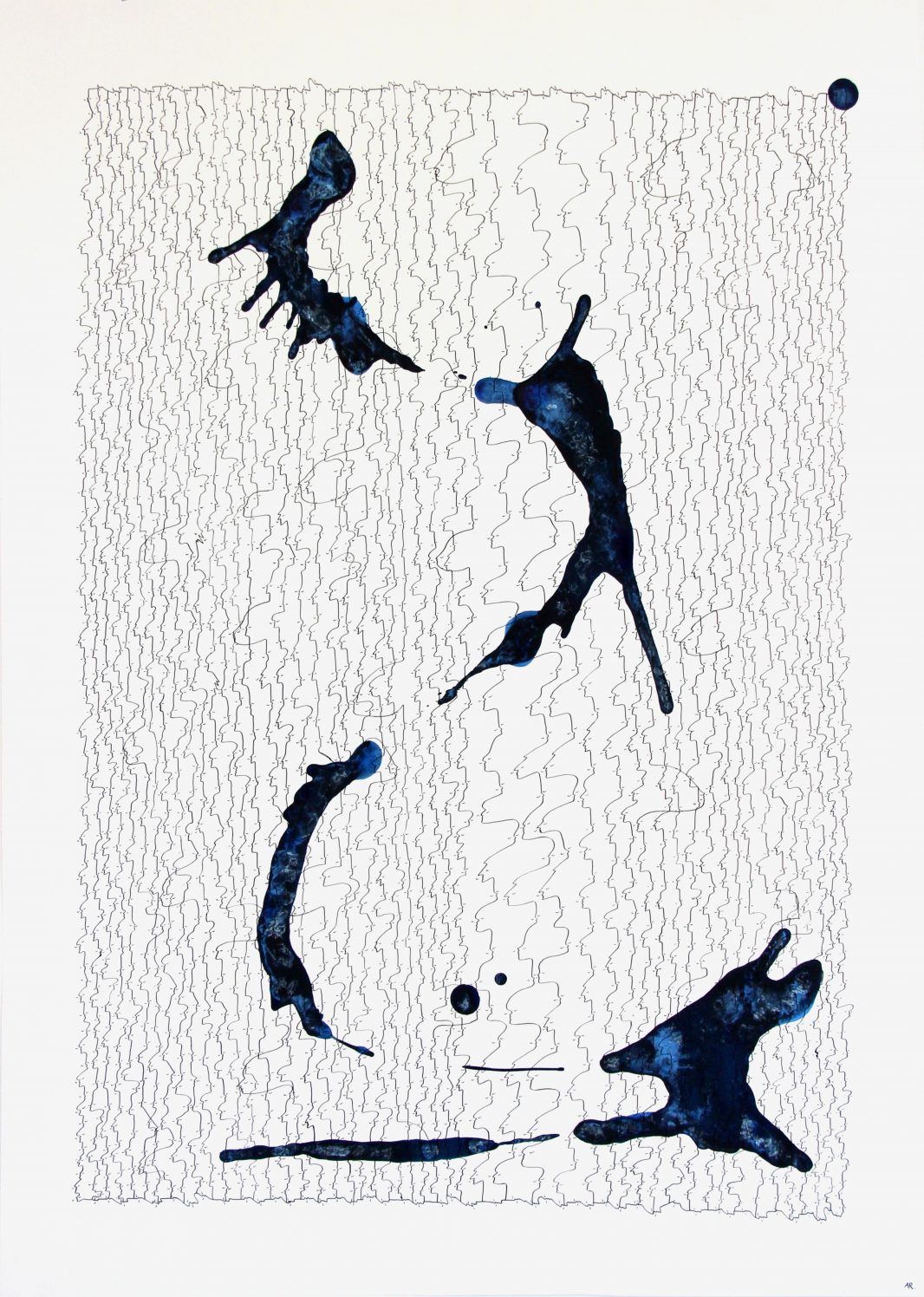